These are a sample of photos we have taken at homes along the north shore showing damage caused by termites (white ants).

at Pymble. A successful Termidor treatment was carried out. 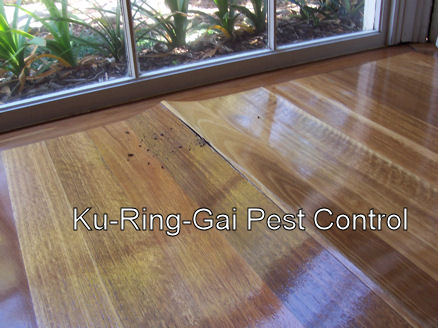 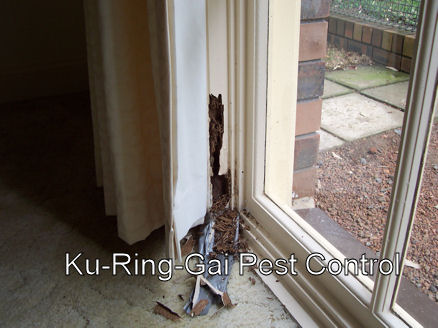 This photo shows an area conducive to termites (timber framing

Wall panelling attacked by termites in a house at Middle          was carried out. 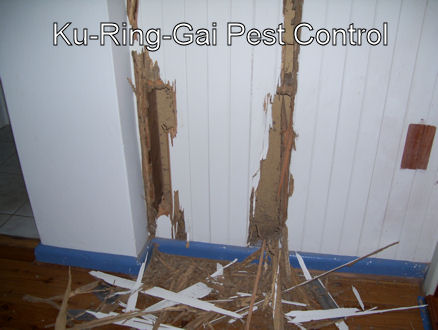 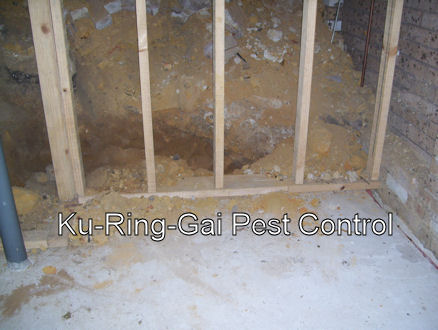 Owners of this property arrived home one evening to find they had no power. Termites had eaten the wiring, causing

extensive damage as seen in the following 4 photos. A Termidor treatment was successful in eliminating the termites. 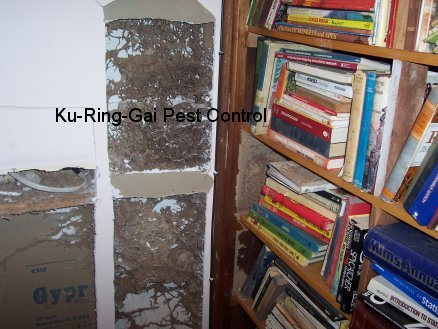 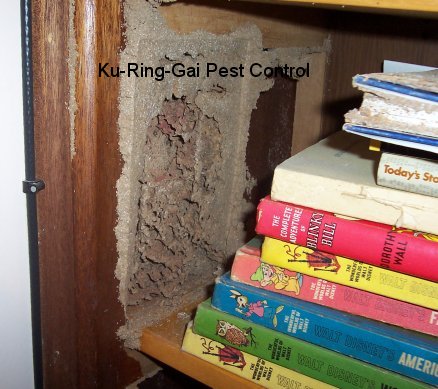 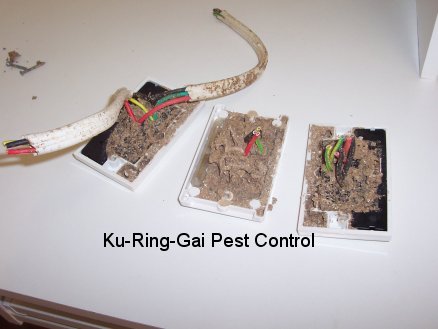 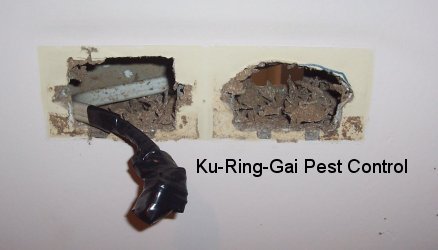 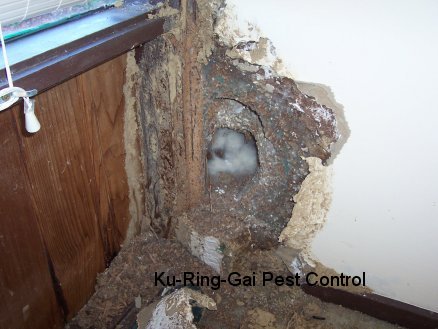 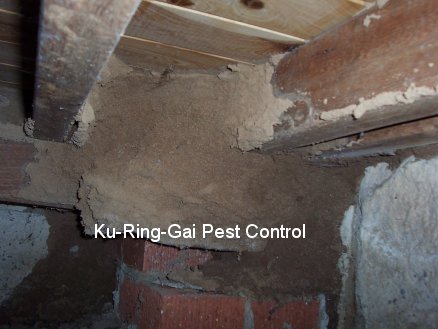 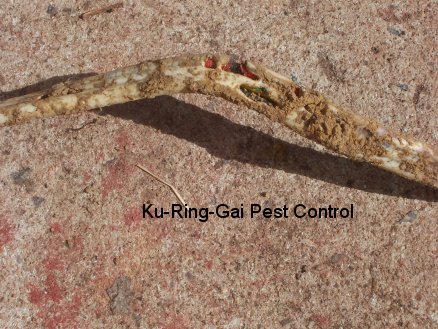 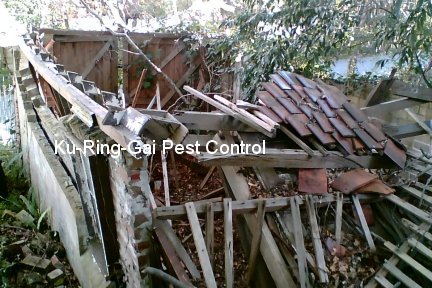 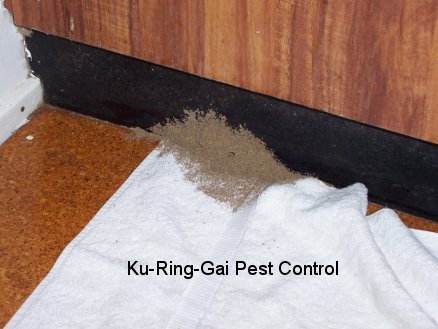 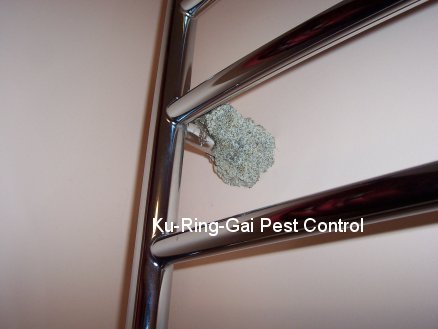 The following 4 photos show termite activity in a subfloor at Hornsby Heights.  Note the termites rise straight up from the 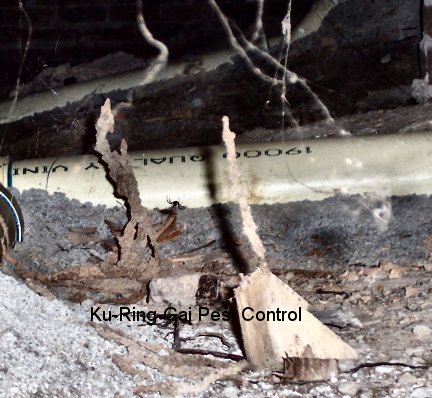 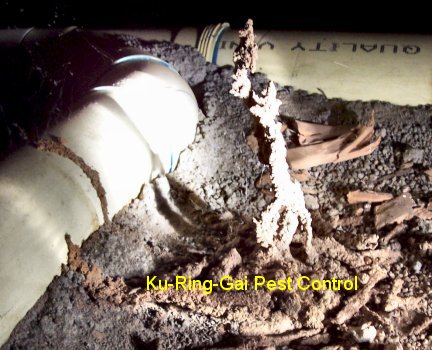 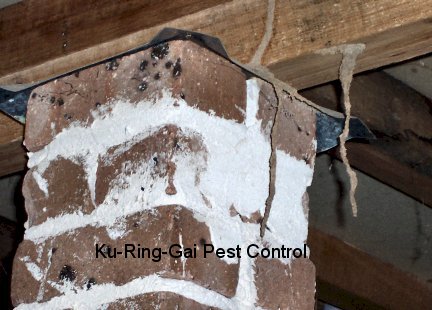 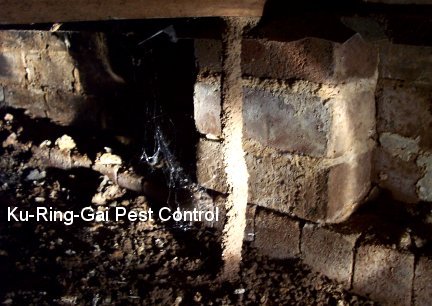 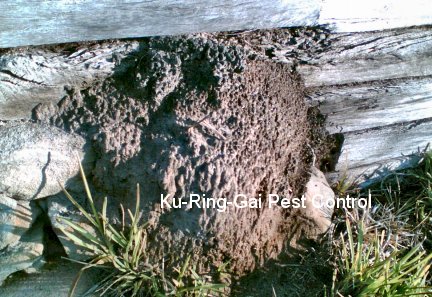 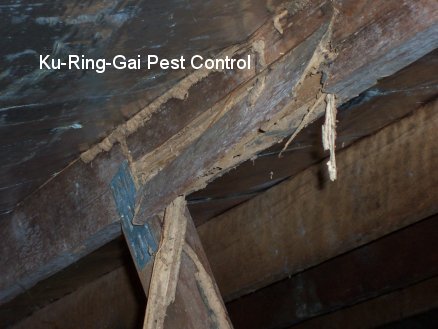 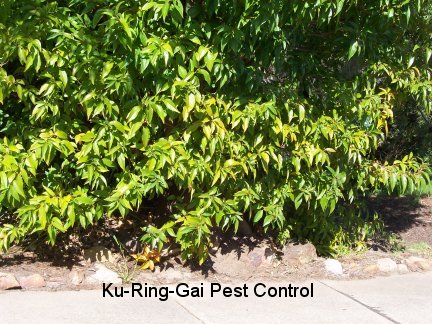 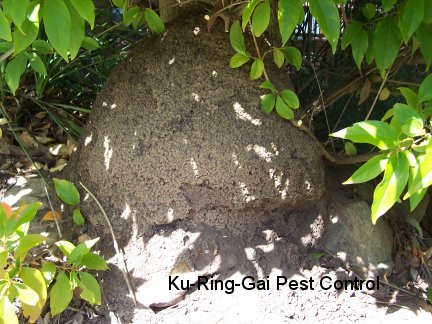 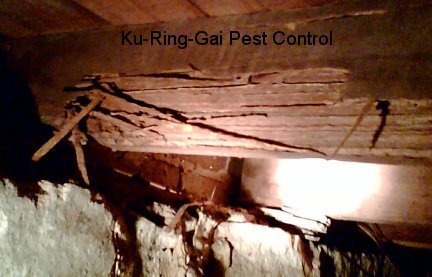